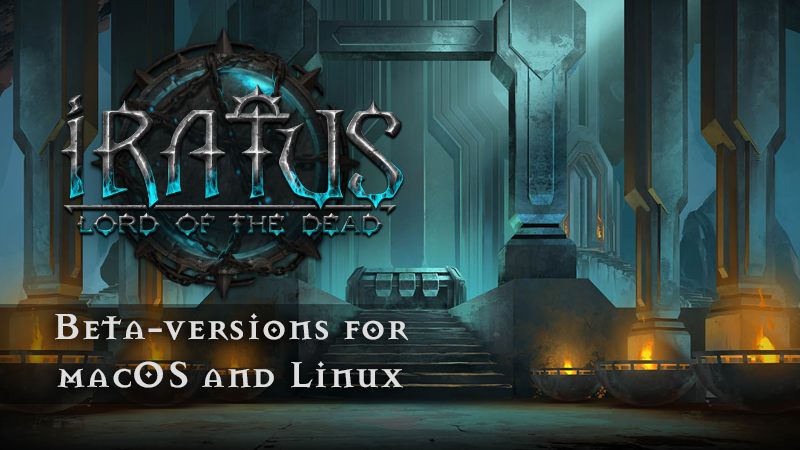 Hello everyone!
Today we updated the beta branch with a new balance close to the release version, and also added the beta versions for macOS and Linux users.

Today we have prepared the first beta version of the game for macOS and Linux. Warning: it may contain bugs and other imperfections.
If you have the possibility and want to help us with testing, please run Iratus: Lord of the Dead on macOS and/or Linux. Version feedback can be sent in this form so we can quickly fix it: https://docs.google.com/forms/d/e/1FAIpQLSesLuoYOee9iyN8H51n6XYh9ykRPtTr3BfIuXhuE0g9rQpGHQ/viewform?usp=sf_link

How to participate: https://iratus.org/keeper_of_beta_test_key
Depending on the installed operating system, Steam will download the appropriate beta version.