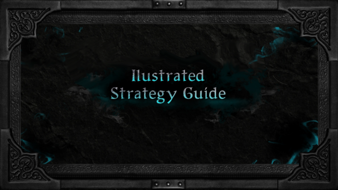 Experience the story behind the fall of the great necromancer and his unexpected release from an eternal prison. He awakens to a dark and corrupt world that is ripe for the harvest! Turns out heroes without a big foe are quick to grow lazy, so it’s time to show them true terror on your quest for vengeance...

Raise your army of undead minions by collecting body parts from your defeated foes. While out of combat, Iratus utilizes his necromancer skills to raise an army with the pieces of his defeated enemies. Use your knowledge of alchemy to give unique abilities to your minions.

Iratus isn’t some bleeding-heart hero… in fact his blood pump has likely shriveled up into a lump of coal several hundred years ago. A pretty damsel in distress is simply a bag of bloody meat to be stripped for more materials to be used in crafting his minions! But don’t worry, he still has a delightfully dark sense of humor as he goes about his grisly business. Why be an evil overlord if you can’t have some fun doing it?

The great advantage of our game is S.Weyte, magnificent legendary game voice actor, mostly know for Blood stuff. His voice is so nice and we deeply impressed by his involving in Iratus creation. Here is his citation: “I’d like to say that it was a real pleasure working with the wonderful and talented gentlemen of The Unfrozen Studios. Even though they are so very far away from where I am, I wish them great success with “Iratus.” If it is, it will I pray, bring my most humble person back from the dead!”

Your army will strike fear into the hearts of many. If an opponent loses enough of their sanity, they can lose the will to fight and flee. If you’re luckier, they can even die of fear. Since the undead don’t have the same fears as a person, it’s always a quality to exploit in those with still-beating hearts.

Turn-based combat system with over 50 different talents for your minions. Every battle is unique. Study your enemies’ strengths and weaknesses to achieve victory.
discuss on discord

It is hard to imagine a Dark Lord without his army of loyal and obedient minions, but the Necromancer disregards the creations summoned by his evil will and simply uses them as cannon fodder. Still, servants are blindly dedicated to their lord. Skeletons, zombies, vampires and banshee are always ready to descend upon the enemy at the first call of the master and strike terror into their hearts.

In the lower levels of the dungeon, is where the necromancer’s path to freedom begins. Climb from the depths of your prison and slay those who would stand against you. Fight against a large variety of enemies, from unsuspecting miners in the depths to evil-seeking paladins. 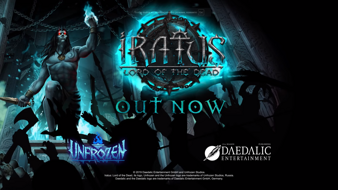 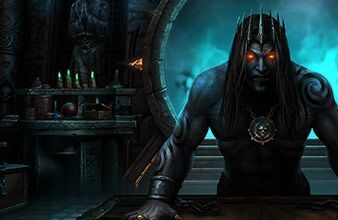 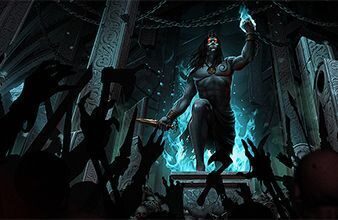 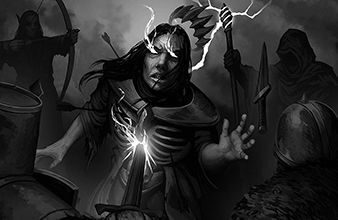 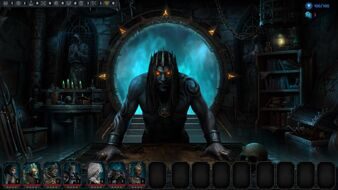 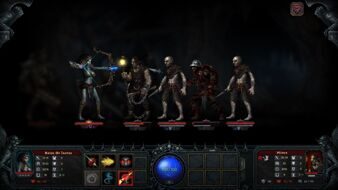 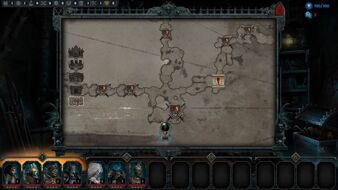 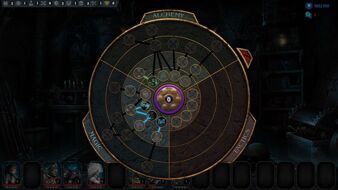 Unfrozen is a small independent game studio based in St.Petersburg, Russia with members of the team working on a variety of game projects for the last 15 years. Newly studio formed of industry veterans who worked on the games such as the Disciples franchise. If you have any suggestions or wish to contact us, look at our press-kit for our contact information.

Iratus is going to be finished, first and foremost. We have heavily invested and raised private funding for the game which has allowed the team here at Unfrozen to make this project a reality. However, we need your support to make this even more great. The money we raise will allow us to really polish the game even further to create something that has top quality from start to finish.