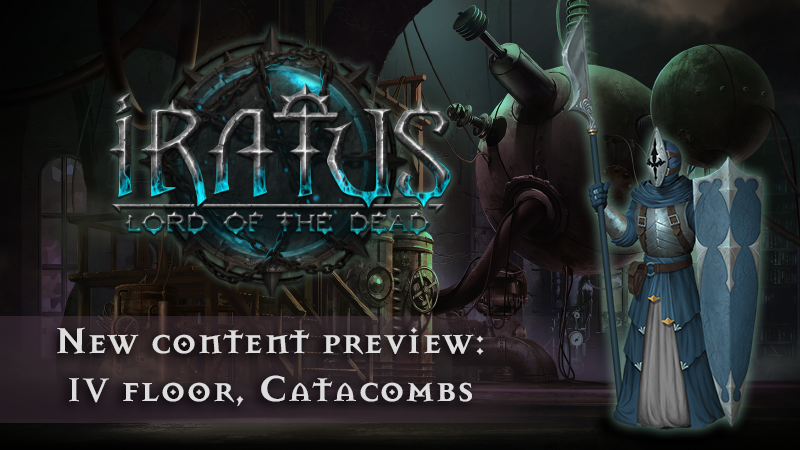 Hello, necromancers!
Only a few months left before the release. Our team is polishing and testing the final release version right now. We share your impatience — we ourselves want to share the full game with you as soon as possible. And while preparations are underway, we will open up the veil of secrecy and show you the new content: firstly, the fourth floor — Catacombs.

Buried just beneath the surface are the Catacombs, the dark secret of the Order. Here they train mages, so that they can conduct sinister and dangerous experiments. It was always meant to stay a secret but recent necromancer troubles have let knowledge of this place to slip into the public. Making matters worse is that the mages were never expecting an attack from below, let alone that the attacker would be undead. The Grand Magister made his judgment, instead of standing with the sorcerers, he sealed their tunnels and called back his paladins to the highest level in order to prepare a defense. The spellcaster would fend for themselves in the face of Iratus, where they will either prevail or buy the Grand Magister some time.

Some new enemies, which will try to stop Iratus and his undead army in the Catacombs: