Iratus has leaned many lessons from his original defeat – for a repeat would only end with him spending another millennium imprisoned in his tomb, and who knows how much time this world still has? Because of this, the necromancer has learned to approach battles more cautiously, understanding when best to regroup.

We are implementing a system of Tactical retreat by changing the function of the “Abandon Battle” UI element in the top right corner of the screen. It will be replaced by “Tactical Retreat”.

What does this mean for you? Previously, exiting combat meant losing your combat squad for good. Now Iratus has the option to save his minions from pointless destruction. After pressing the new “Tactical Retreat” button and confirming your decision, all minions will receive the “Retreat” icon. At the start of their next turn, they will leave combat and the player will be booted back to his previous position on the map. Remember that any damage minions received from battle will persist. 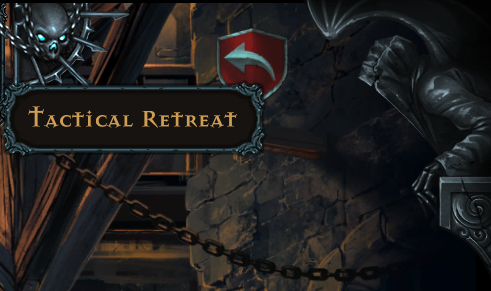 Proper resource management is the key quality of any successful necromancer. Even fallen minions can be scavenged for parts!

From now on, if your combat squad is fully wiped out, Iratus has the ability to scavenge a few parts and items left over from the bodies of his minions. Naturally it isn’t possible to scavenge everything back, combat is, after all, risky business but you will not leave empty handed either.

We once again want to remind our players: this feature will only provide parts if your squad has been fully wiped out.

It can be rather disheartening to painstakingly assemble a stress damage squad only to then encounter a bunch Golems. Naturally, Iratus wants to avoid such unpleasant surprises, which is why we added a scouting system to provide players with information regarding the challenges they might face as they ascend to the surface. Players will now be able to see the composition of enemy forces on neighboring spaces. 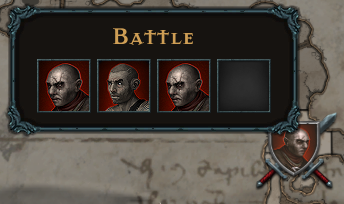 Unfortunately, some of our players encountered problems with game stability, or hardware problems that lead to them losing their battle groups. We decided to provide all of you with a little bit of insurance: now if the game ends unexpectedly you will be able to resume from the start of the last battle without any negative consequences!

“GOOD ALWAYS WINS” HAS BEEN REWORKED

Improving balance means not only tweaking the abilities of minions and enemies, it is also modifying the economic and tactical aspects of the game. Iratus: Lord of the Dead is a hardcore tactical RPG for people who love taking their time to decide on the most optimal combat and economic paths in any situation. This will not change.

We have reworked “GOOD ALWAYS WINS”. Now you won’t be winning because of lucky circumstance, but a sharp tactical and strategic mind will sooner or later lead you to triumph! We have reviewed all stats and economic values to make every decision you make an important one.

We are inviting our most hardcore players to join the testing group and tell us about your impressions!

We are continuing to work to improve the economy of the game. In the beta test you will find the following changes. NB! These values can be changed by the time version 158 enters public access.

- Increased the rewards for killing elite enemies and bosses on all difficulty levels.

- The ”Steadfast” status has been removed from the game.

- Hysteria, Berserk, Rage: Can now only be used from the 4th and 3rd positions.

HOW TO JOIN THE TESTING PROCESS

Open Steam and in your library right click Iratus: Lord of the Dead. You will need to mouse over to the Properties function. 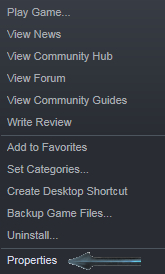 Open the BETAS tab and enter the key YmV0YU5vd0hlcmU, then select CHECK CODE.

In the drop down menu choose the branch [iratus-beta.158 -], then close the window.

Wait until Steam has finished downloading the newest version of Iratus: Lord of the Dead and be among the first to try out the new features!

One of the main goals of open testing – to determine your reactions to the new features. Has the play experience gotten more comfortable? What details would you like to see added next? Anything we should try to fix? Write all your thoughts in our Discord. We read every message: https://discord.gg/QPE2Mzr

We would like to once again thank all our players for participating in this project! Your thumbs up and positive replies give us the energy we need to move forwards while the suggestions you leave for us is invaluable feedback that we can use to improve the game and allows us to know when we are moving in the right direction.

Thank you for being with us!