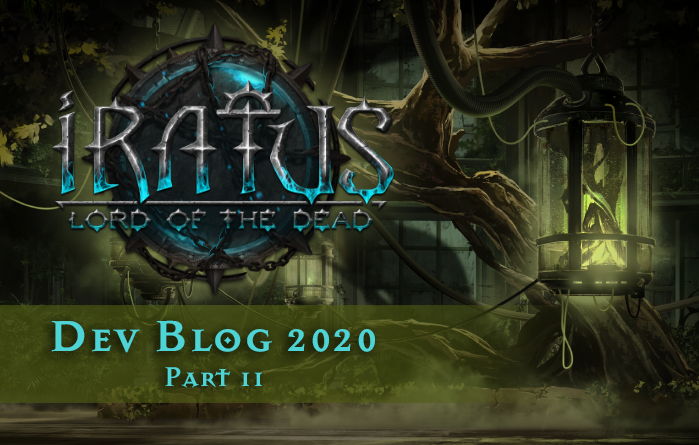 Welcome again! Here is the second part of our Devblog! Here we will talk about other innovations that will complement and balance the changes listed in the first part.

If you missed the first part of Dev Blog, we recommend to start with it:
https://iratus.org/latest-news-updates/article_post/dev-blog-2020-the-nearest-future

After the previous Devblog, we got a lot of questions about balancing the unpredictability of the game. We answer you:
We consider it very important to provide players a comfortable tool for customizing your minions. However, we don’t want to completely remove the element of randomness from the game. The replayability and variability of the walkthroughs are one of the core points of the game, and we’ll continue to work to improve these elements of the gameplay.

Consequently, we have added more than 50 new minion items, significantly affecting the possibilities of a game session. We want each item to influence a specific run, and the need to choose items depending on a situation encourages players to make wise and considered decision. 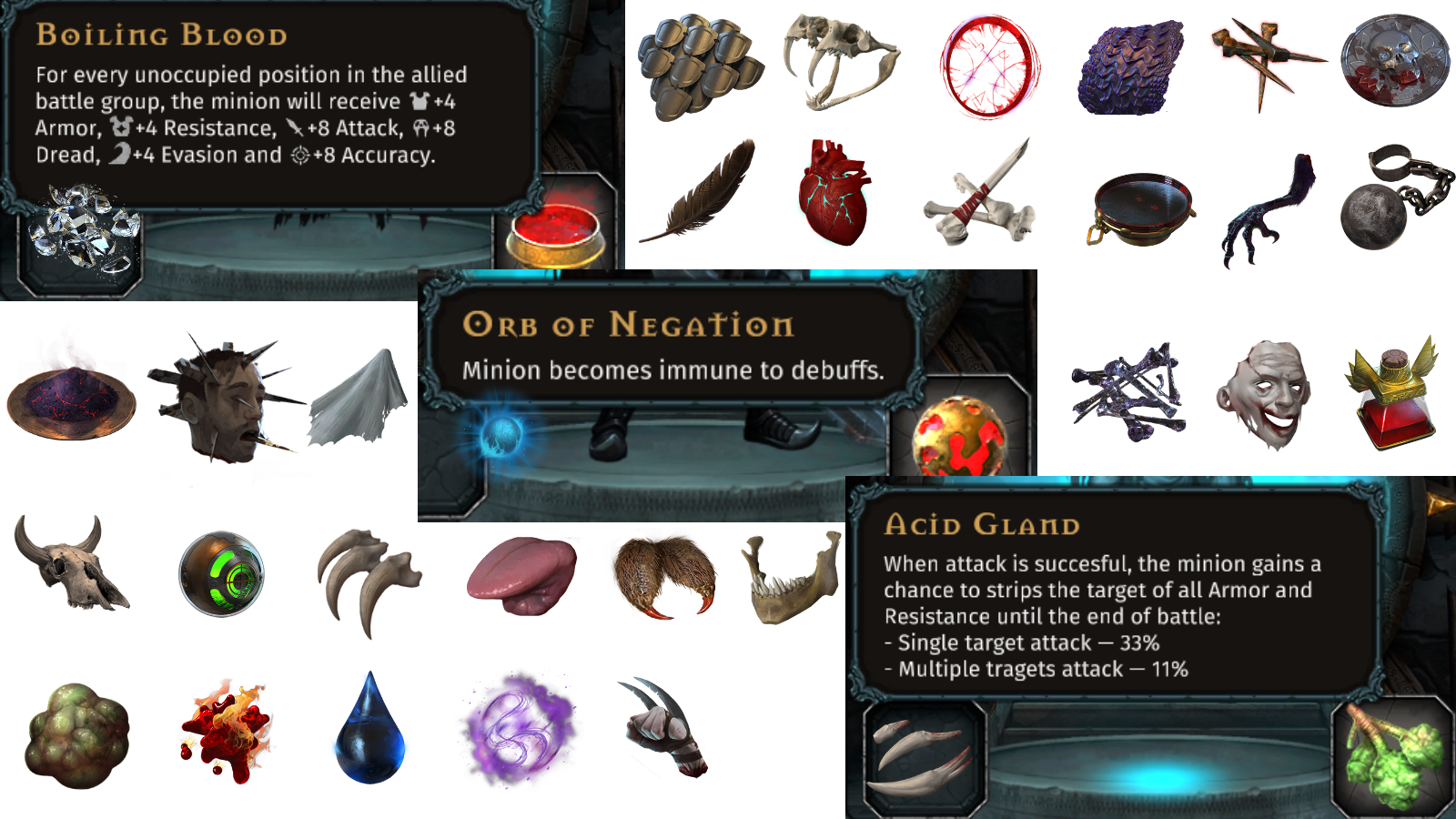 Moreover, to further diversify playthroughs, we have added unique items for each type of minion.

The way you get items didn’t change. Ten basic items can still be made in Alchemy and the player can receive more powerful items as a reward for victory in battle or from map events.

By the end of the third floor, players tend to accumulate a significant number of artifacts that they don’t end up using — in the near future we will introduce the ability to process them into Iratus experience.

New mechanics — Spellpower. Affects spells Iratus uses in battle: increases damage, reduces cost, enhances effects. Thus, the participation of the necromancer in battle will be even more noticeable with several new strategies based on the Spellpower!

The talents tree has been reworked: we tried to make unpopular spells more useful, and also added new ones that affect Spell Power and enhance the effects of Distillation and Calcination. 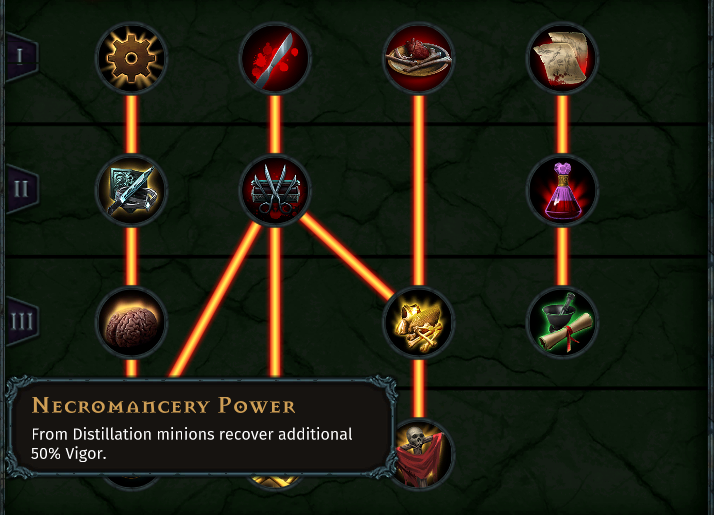 We considered it necessary to more clearly draw the line between levels of difficulty and make them more honest with the player.
With each difficulty level we plan to make the game harder by increasing the complexity of the economy, changed cemetery building effects and Spellpower, tricky enemy battle formations and new boss abilities rather than an increase in enemy stats as it is done now.

For players who wish the game to be less stressful, on the difficulty levels “Cakewalk” and “More Pain!” we will add checkpoints at the beginning of the floor as an option, so your progress is more secure while you concentrate on learning the game at your own pace. This function can be used at the player’s own choice: when creating a new game, you can select this modifier, and if you lose, you will be able to return to the first battle on the floor and with the experience of past mistakes lead your army to victory.

We received a lot of negative feedback about enemy critical hits, breaking tactical compositions with their unpredictability. Of course, the gameplay should not be absolutely deterministic, but at the same time, the player should be able to build a reliable strategy and not depend on luck so much.
Consequently, Blocks and Wards now prevent critical hits. No more sacrifices to the RNG — now everything is under your control, as you requested. Finally, it will be possible to prevent the deadly attacks of the Scout and no longer be afraid of unpredictable losses in your favorite squad.

Many players complained about the useless waste of minions and resources and the tediously large amount of routine clicks for managing the Cemetery.
Therefore, we decided to “kill two Hunkies with one stone”: now, when constructing the building, as before, the Architects' Souls are spent and the minion is put into the building forever and “works” there. 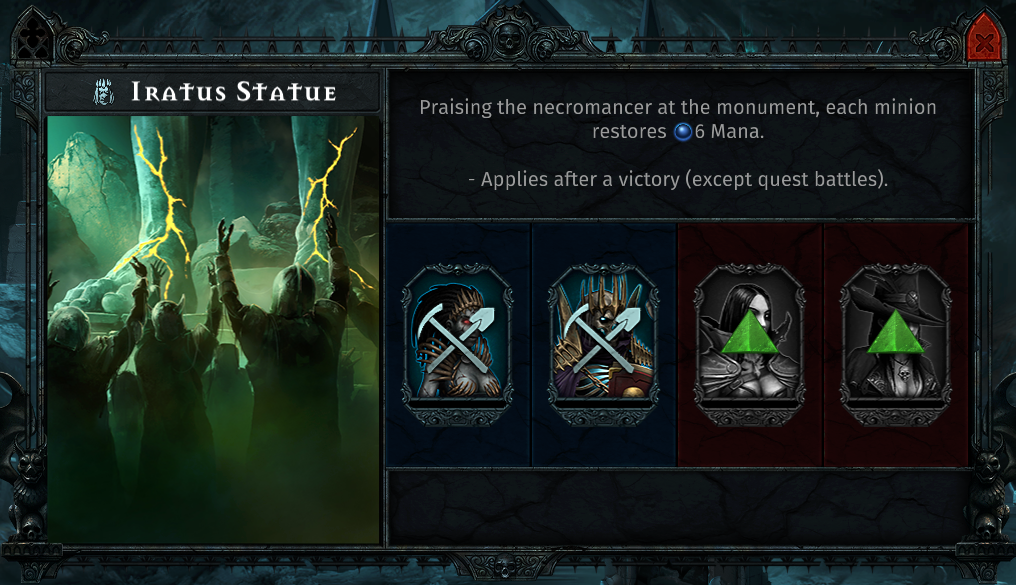 All this time, the Humonarius has been more of a collection item than a functional source of information. Now, when all the enemy abilities are ready and approved, we’ll add their descriptions to the Humonarius, thus making it quite useful for any shrewd tactician! We know you were waiting for this :) 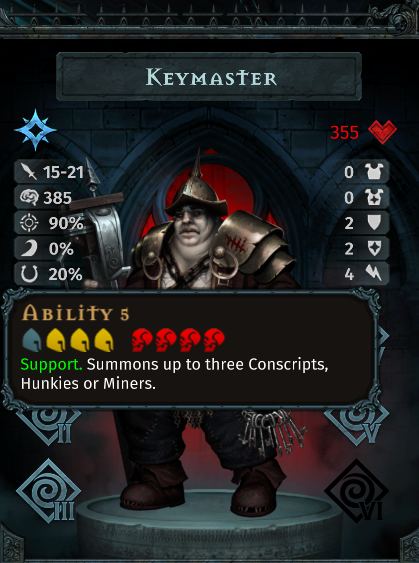 Thanks again for being with us, your support and feedback is our main source of strength and inspiration!
We remind you that in the first half of February we will launch an open beta testing of new mechanics (we will inform you about the exact date a bit later). Stay tuned and don't miss the news! Also waiting for you in our Discord:
https://discord.gg/zPyNJBA⠀