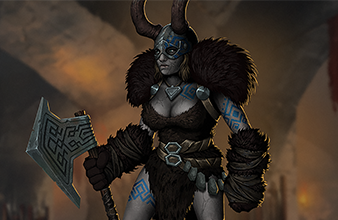 Our Kickstarter campaign has finished and what a ride it has been. Now we are almost ready for the backer exclusive closed alpha! Because of this, we have some interesting news regarding this update but let us begin with the new enemy first. It is still under development and will be added later.

These harsh amazons of the north have fostered many grudges with other, more civilized societies. It was not too long ago that they were brazenly plundering both merchant caravans and outlying villages. Eventually however, a clever trader got the idea of simply bribing these savage fighters so they only attack his competitors rather than him. This collusion was eventually uncovered and many others decided to join in on the deal, letting the barbarians turn from brutal raiders into feared guards and mercenaries (that are also easy on the eyes). 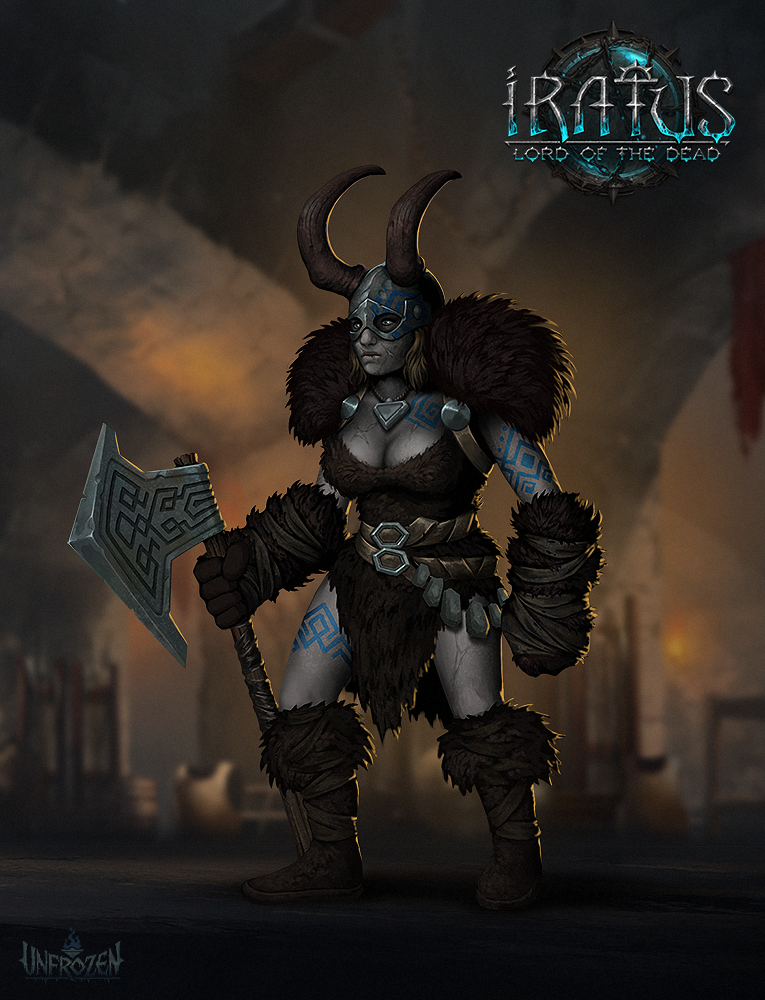 We decided not to deviate from the original idea of a hardcore game. By introducing an “Easy” mode we had contributed to the loss of challenge, therefore we decided to make “Normal” mode the base and rename it to “Cakewalk”. Furthermore, two other difficulty levels will be launched later. But don’t worry, we will make it possible for you to finish your previous saves in another difficulty mode. Still, there might be some bugs. 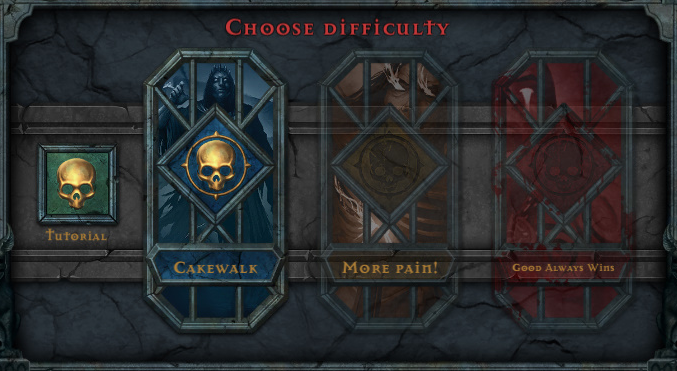 In addition, we just launched the much-awaited update that introduces the changes that we have mentioned in our previous devblogs.

It will now be possible to choose the battle squad just before a fight. No more accidental battles with a barely alive squad (yeah, we know that your minions already dead, but you know what we mean), which was supposed to stay back and heal but is now going to die in the first round. This feature will look like this.

We adjusted the disc of talents and now it is a lot easier to upgrade your skills. Earlier, if you wanted to learn “Finger of Death” or ““Phylactery” you had to learn skills that were not directly connected to them first, which was a bad idea. We abandoned this design and now it is it is a lot simpler to get those high level skills!

Enemy squads have also changed. The further you go, the harder it gets to defeat your opponents. Musketeer, one of the strongest enemies, has been moved to the second floor, and together with the local elves they will be a difficult obstacle for any Dark Lord. The second floor has become a true challenge for our players, especially the last couple of fights just before the boss. Don’t say we didn’t warn you ;)

Guards have become more aggressive. If two of his allies die, he will no longer use his stance and will attack constantly instead.

And that is the end of this devblog. Look forward to the launch of the closed alpha! We're open to suggestions and we'll be happy to answer any of your question in our social media:

If you don’t want to skip another devblog, join the mailing list and stay up to date.